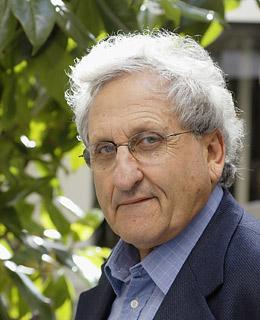 Novel Molcho by the prominent Israeli writer A. B. Yehoshua was selected by literary critiques in 2007 as one of the ten most important books in Hebrew modern literature. Now, the novel has been published in Czech translation by Magdalena Křížová by the Pistorius & Olšanská Publishing House.

Molcho has just turned fifty and he has three almost grown-up daughters. On one autumn morning, his wife dies after a long fight against cancer. Moloch thus discovers previously unknown freedom. One year in life of a lonely widower is marked by changes of the seasons. Molcho’s story takes readers through his pointless and often comical attempts to find a new relationship. On his way, Molcho, together with the reader, travels around Israel and Europe, which gives another dimension to the book. Introspection into Molcho’s rich but seemingly usual life is not devoid of humor. At the same time, it starts a pure drama of a personal existence. What does it mean to lose the closest friend and find yourself in the vacuum of loneliness?

This year´s 20th International Student Film Fest Písek will take place from October 5 to 7. Since 1998 the festival has a form of a biennale so this year the city of Písek shall once again become the epicentre of a festival that reaches far beyond the boundaries of the Czech Republic. This year's festival will be little bit ”combative” as the festival theme, which is made by students of the Film Academy of Miroslav Ondříček in Písek, is Let the best one win - the fight of two heroes in a boxing ring as the symbol of ”fight” between young filmmakers for awards.

The film screenings will be also accompanied by numerous workshops, concerts, discussions and exhibitions. Several distinguished international guests will come to Písek to visit the festival, among them an Israeli director Roni Beeri. Her movie Salt of the Earth will be projected in the competition section on Friday, October 5.

Fresh out of the Israeli Army, two friends Iris and Dana work illegally in malls in the United States to make money for their dream trip. The film follows them on their last day at work, as Iris gets a special offer from the handsome boss Ben, whom she previously had an affair with. She must sell $2000 worth of products to become manager. Not telling Dana about this offer, she goes ahead and tries to make that sum. The conflict reveals a world that tests the boundaries of morals and friendship.

Roni Beeri, the director of the movie, studied Audio and Visual arts at Sapir Academic School. In 2011, she won The Best Photography at the Cinema South Festival. She screened in Jerusalem International Film Festival in 2011, Clermont Ferrand 2011 in France or Aguilar Film Festival in Spain. 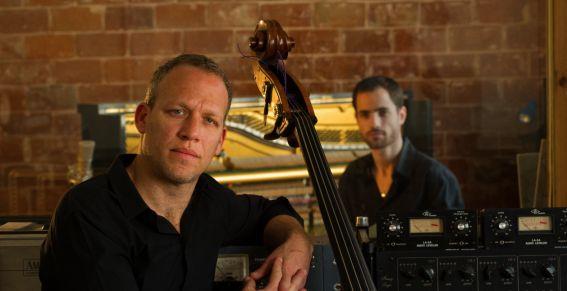 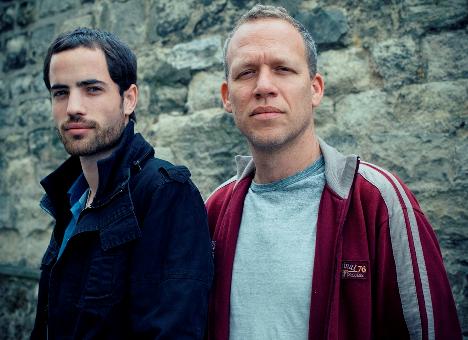 ”The first time I heard Nitai playing, it was in my neighbourhood, in a little café Nico downtown Tel Aviv. That evening, the young pianist caught my attention with his innovative ideas and harmony, which I had not heard for a long time before. I just had to work with him.”

Avishai Cohen literally fell for the 20-years-old Nitai Hershkovits. Despite he originally played on keyboard he reminded him of Chick Corea and Danilo Perez, the two talented musicians this double bass player had been lucky enough to play with.

Avishai Cohen was born near Jerusalem in 1970. He became a world-known contrabassist in his early 20s´ and at the beginning of 90s´ he created his own personalized style. He was one of the first famous Israeli musicians to settle in New York. In contrast to that, Nitai grew up in a very orthodox family.

Avishai and Nitai share almost telepathic connection in their music, with informal chitchat they naturally transmit into a complicated dialogue. This is how their duo and new record, Duende, has been created. In Duende, Avishai Cohen dares to change his step with this record that favours a double bass-piano formula. ”Surprise is a key element in life which supports a creative atmosphere. A long as I feel the sense of freedom, I will continue to play. Either in a duet, or in quintet, it will always be me. An in this duet, we are almost one. Nitai is more than just a partner. This musician who came to learn, taught me a lot.”

Don’t miss the opportunity to come to Hybernia Theatre and listen to the music of such unique artists. 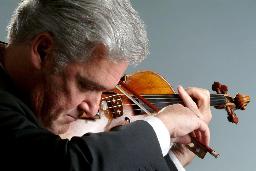 Pinchas Zukerman, a world leading Israeli violinist, will perform on October 25 in a beautiful church of St. Simon and Juda in Prague. He will be accompanied by Angela Cheng on piano.

During a long awaited performance, the audience will hear Three Romances by Schumann, several pieces by Johannes Brahms and Sonata for piano and violin by Cesar Franck.

Pinchas Zukerman remains for four decades a phenomenon of classical music world. His outstanding technique and unwavering artistic quality keeps amaze audience and critics around the world. He is a violinist, violist, composer and pedagogue. Throughout his career, Zuckerman played with most of the most famous orchestras, and performed in leading concert halls.

He was born in Tel Aviv which he exited to the United States in 1962. He graduated from Julliard School. Pinchas Zukerman has received a Medal of Arts, Isaac Stern Award for outstanding artistic performance, and was designed as Rolex Mentor.

In 2012, TINA B. will present a world class art connected to Art & Happiness. The festival will introduce an art of not only esthetical but also emotional value. The festival has set itself a very ambitious goal for its 7th year: to pump a positive energy into Prague citizens and tourists.

In the 21st century, stress has become a daily reality in big cities such as Prague. Artists who present their art during the TINA B. 2012 festival will try to raise positive emotions in visitors to make them forget their problems for a while, let them relax and enjoy the positive energy flowing around them.

In the 8th century, Ovidius finished his magnificent, 15 volumes poem Metamorphoses. The poem comprises of two hundred mythological stories starting with creation of the Earth. The stories are connected by certain characters able to transform into creatures, plants or objects. The three Israeli artists exhibiting in the Prague library are concerned with objects, which came through a social and cultural transformation. Dorit Feldman deals with a mythological book of Creation and with archive books, which provide ancient wisdom. Orna Lutski creates sculptural objects able to return the mythological power to the classical books, which have to face the modern enemy – a computer. Orna Yisraeli creates furniture – chairs/books, which are tightly connected and cannot exist separately.

Artistic metamorphosis is a process which can be seen from an ecological point of view as a transformation and change in material. Uri de Beer, apprentice of Joseph Beuyse, is an architect and ecological artist. He creates decorative installations, symbols of visual happiness made from plastic bottles found in public parks. Similarly, Norma Drimmer, a multidisciplinary artist, uses four elements from which she builds a word for visually lit sculptures, which document a reality of life transformed into a dreamy picture. Michael Lazar, a painter, a sculptor and an academic, uses recycled newspapers to form living person-like figures. Into this category may be added also paintings of galaxies by Ted Bars. Cosmic pictures, colorful and psychedelic, hang in houses in the center of the city enable the audience to set on a minute long journey through different alien words. A significance of changes in historical processes from Jewish traditions, offer a base for various artistic interpretations. Yisrael Rabinowitz uses fire to write on wall. He deals with universal terms from traditional Jewish terminology, much like design of Dorit Feldman with strong creative energy. Galia Gavish presents views and memories from the house of her parents and a textile factory of her father. In such environment, she came to know the new meaning of time and distance. Varda Carmeli, who travels around the world, brings a number of photographs dealing with the theme of ”truth” and connection of metamorphoses with the Golem. 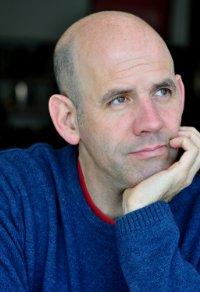 A book of Amir Gutfreund, Jídlo se nevyhazuje (Our Holocaust), was published in Hebrew at the beginning of the new millennium. Since, it has been translated into many languages. After its publishing, in 2003, the book received the prestigious Sapir Literary Award. Jidlo se nevyhazuje is a book about two generations: a generation of Holocaust survivors and about their descendants.

Amir Gutfreund has been inspired by his personal experience and describes the not always easy coexistence of the two generations. The author recalls how his parents used to tell their Holocaust stories to him and his brother. He writes about the difficulty of understanding for the two little boys. The title of the book thus references directly to the era of Holocaust when food was such sacred commodity, that not a single rag could have been wasted.

From September 13th, 2012 The Czech Post will host a special exhibition of selected artworks from Dr. Fischer’s Art For Peace Collection coming from Tel Aviv, Israel, carrying the message of humanity over to Prague.

When one hundred artists were asked to respond to the significant historical event of the peace treaty between Israel and Egypt in 1979 and created a groundbreaking collection of illustrated covers and envelopes, Dr. Eli Fischer and his wife Dvora, with deep understanding of the importance of such artistic output, decided to support the project. The collection Artists - Messengers of Peace was later expanded to include the work of children and other artists dealing with this topic. Since then, it has become a spearhead of goodwill, traveling around the world and sending a message dealing with the diverse conflicts and problems humanity faces with regards to its desire for peace and freedom.

The Art For Peace Collection includes works in all types of artistic media such as painting, sculpture and photography. It expresses topics of coexistence, the dream of peace, consequences of war and violence, values of mutual compromise and the contrast between destruction and despair and between peace and prosperity.

The exhibition Artists - Messengers of Peace curated by Doron Polak will present more than 50 replicas from the famous original large collection of Dr. Eli Fischer. It will be on display in the main hall of the Czech Post public office on Jindřišská street in Prague 1 every day from 8am to 8pm until the end of November 2012. Admission is free. The originals from Artists - Messangers of Peace are going to be on exhibit in Prague in spring 2013.

OREN LAOR and NIV SHEINFELD: ”The Ship of Fools” 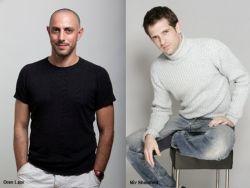 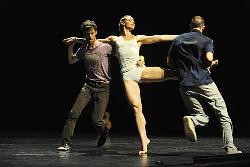 A famous Israeli artistic duo Niv Sheinfeld and Oren Laor comes to the Czech Republic for the first time to present their renowned choreography The Ship of Fools, which reconstructs the absurdity of the Israeli day-to-day reality. Three figures coexist next to each other, each of them protecting their own world, but eventually one day they will have to encounter…

Festival 4+4 Days in Motion brings to the Czech Republic the extraordinary and unusual dance projects. ”The Ship of Fools has a capacity to make a viewer feel the unpleasant chilly reality of the overdue conflict. At the same time it diverts the audience by allegory of the stage performance”, says Pavel Štorek, dramaturge of the festival.

Niv Sheifeld was born in 1972, danced for five years in famous Liat Dror & Nir Ben Gal Dance Company. Currently he is an independent choreographer. Sheinfeld has created projects for Kibbutz Dance Company, Batsheva Ensemble and many more leading groups. He has received several awards for his art throughout his career.

Oren Laor is two years younger than his colleague. Oren graduated from Theatre and Drama in Tel Aviv University, where he specialized on motion art. During his career, he has collaborated with some of highly recognized theatre directors including Yvgeny Arye, Edna Shavit, Nola Chilton or Yossi Israeli.